Email databases represent a very advanced and powerful tool for B2B marketing. They are, in fact, likely to be the most useful tool in the web marketing world to achieve sales.

Using emails for digital marketing purposes means essentially two things: DEM (Direct Email Marketing) and Newsletters. Although both consist of sending promotional, informational and news emails to a list of contacts, there are differences between the two.

DEM campaigns involve sending emails to contacts sourced from renting and/or purchasing a database from a third party, or selecting the segments of these databases which most closely align with your target audience.

To this end, the second alternative is the one most frequently used to avoid your emails being classed as spam, which essentially eliminates any potential results from DEM. The way it works is that the message will not only contain your promotional message, but also the sender’s contact details. This reduces the negative perception caused by ‘unwanted messages’. Someone who subscribes to the newsletter of Company A, and who periodically receives emails and information of interest to them, will every now and then receive an email entitled ‘Company A Recommends’, containing your advert and a link to your website. 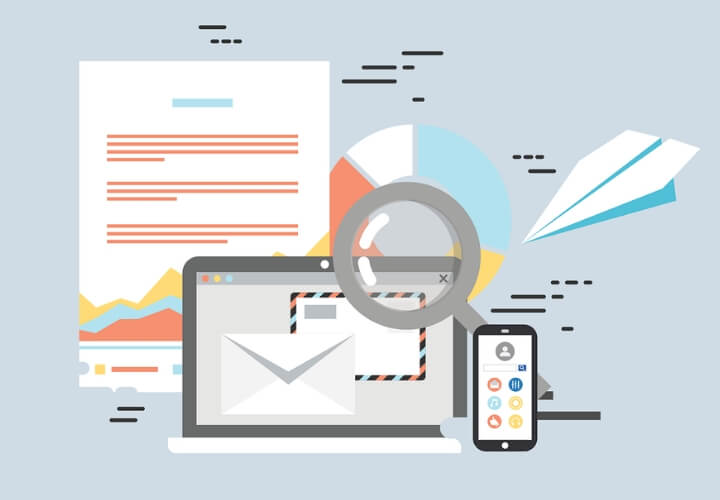 Contrary to popular opinion, email marketing is not an exclusively outbound tool, as it also plays a pivotal role in inbound marketing strategies. To turn a DEM campaign into an inbound strategy, it is important to correctly plan, execute, monitor and optimise it.

The major steps for a winning DEM strategy are:

Focus on an objective: in a B2B DEM campaign, the main objective is to convert new users into useful contacts by attracting them to your website, in addition to improving your company’s sales performance.

Copywriting, titles and content: when planning a DEM campaign, it is very important to choose content that captures the reader’s attention and prompts them to take a specific action of your choosing. Keep in mind that with DEM campaigns you are trying to gather leads using someone else’s resources. According to existing statistics, the average reading time for an email is 20 seconds, which means you need to pay very close attention to its length and content. The difference between an email that is read and one that is immediately deleted, is often the subject, which should always grab the reader’s attention.

Monitoring and Optimisation: to assess whether the produced content is effective and is achieving the goals set, it is important to monitor the campaign. Google Analytics is a powerful tool that allows you to do this directly from their website. Monitoring the DEM campaign then allows you to optimise it, for example by creating responsive and personalised emails, or by choosing the best times for sending particular emails.

Mintense offers this service within a broader digital marketing strategy. Our goal is to offer a consulting and support service at every stage of your campaign, thereby guaranteeing our clients’ success.

More from our blog

TikTok Ads for European Markets: how to advertise on TikTok

7 tips for selling and doing business in France

More from our blog

We'll get back to you ASAP


Get in touch for a chat about your goals, projects, businesses.